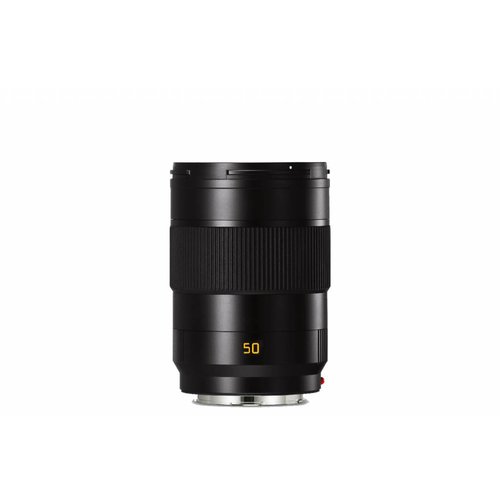 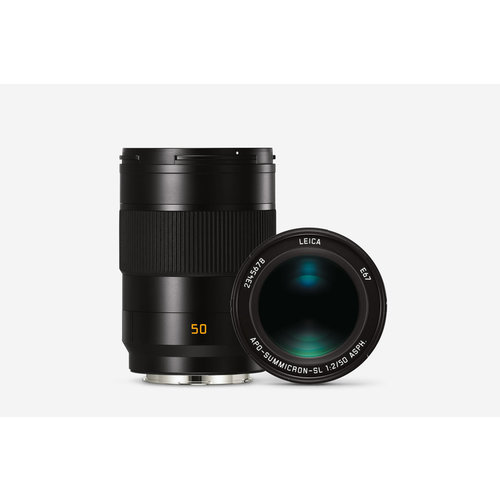 Anything but a standard lens Read more

Ordered before 12:00, delivered tomorrow.
You still have 00:00:00 hours to complete your order.
Product description
Tags
Description

Over a century of passion for photography is brought together in the new APO-Summicron-SL 50 f/2 ASPH. to create a new dimension of visual aesthetics. Its unique combination of highest detail rendition and a focal length that gets closest to what is naturally perceived by the human eye delivers especially ‘authentic’ results. Perfectly matched to the state-of-the-art SL-System, and with one of the fastest autofocus systems in the professional camera segment, the APO-Summicron-SL 50 f/2 ASPH. captures the essence of special moments in remarkable pictures.

The AF system of the Summicron-SL lenses is fast, precise, and almost silent. They thank their outstanding AF performance figures to the autofocus drive unit they share. These are limited only by the mass of the lens elements moved when focusing, the travel from infinity to the closest focusing distance and, of course, the amount of space available. In order to preserve the compact dimensions of the lenses, the integration of these components must follow an integral approach. With an initial aperture of f/2, the SL-Summicron lenses are significantly more compact than faster lenses, but still allow photographers to work with similar depth of field. The reason for this is contrast: the zone of highest contrast is perceived by viewers as being sharp, while zones with lower contrast are regarded as being unsharp.

In the case of SL-Summicron lenses, this difference in contrast is considerably higher than that of conventional lenses: sharply focused objects show much higher contrast than objects that are out of focus. This means that objects “snap” more distinctly out of the foreground or background and more effectively isolate the subject. This creates a three-dimensional visual effect with very impressive apparent depth.

Optically and Mechanically a new standard

The focusing and aperture setting functions of a SL-Summicron lens are based on a multitude of control systems and mathematical operations. The demands on the electronics are particularly high in the case of the double focusing system.

The two autonomous focusing units must be moved in perfect synchronization and positioning data have to be analyzed at a very high sampling rate and passed on to the camera. Here, the communication with the camera is so fast that there is no perceptible delay. These are the primary preconditions for fast and precise contrast AF.

The aperture is driven by a stepping motor. Here, a special micro-step control system ensures precise and fast movements with minimized vibration.

SL-Summicron Lenses feature a totally new manual focusing ring construction concept. In this concept, a ring magnet with alternating north-south magnetization is embedded in the manual focusing ring. The magnetic field changes its polarity when the ring is turned. A sensor monitors the status of the magnetic field and sends the data to the main processor. The drive then shifts the lens to the corresponding focusing position on the basis of the angle of rotation and the rotational speed.