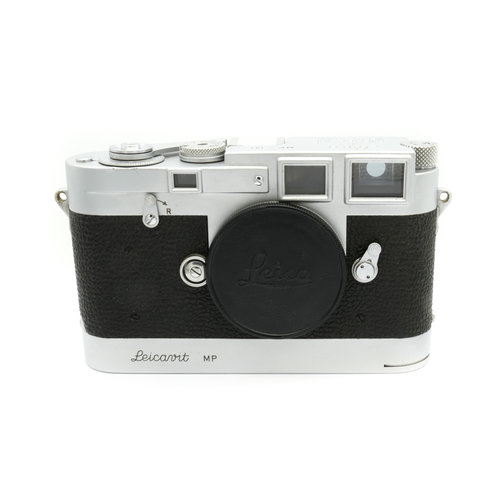 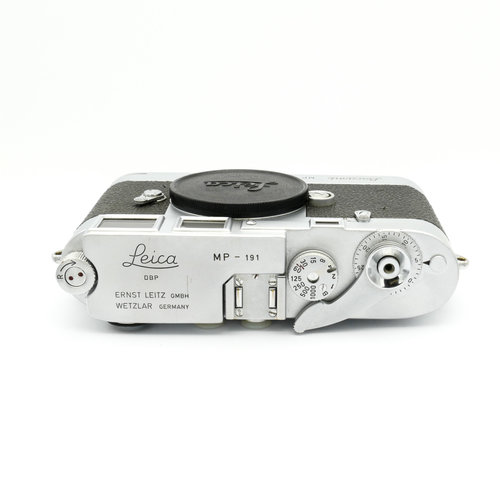 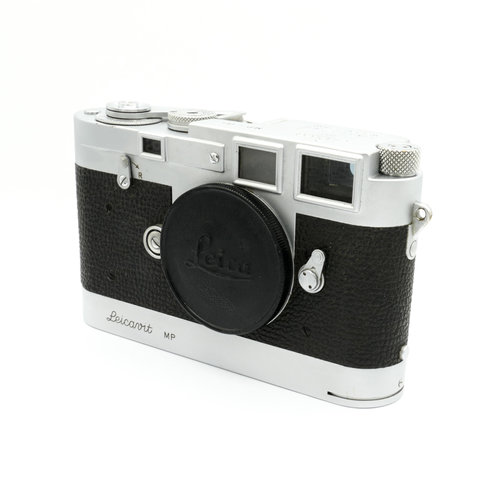 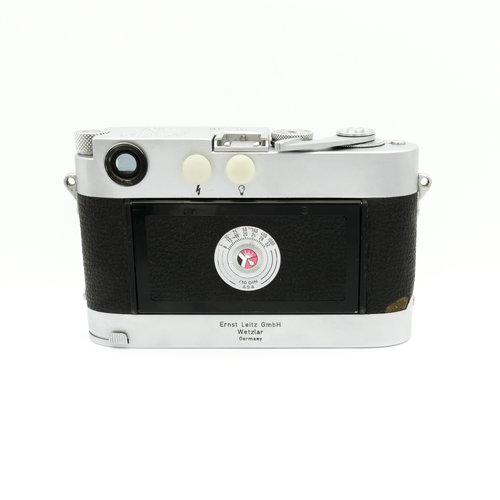 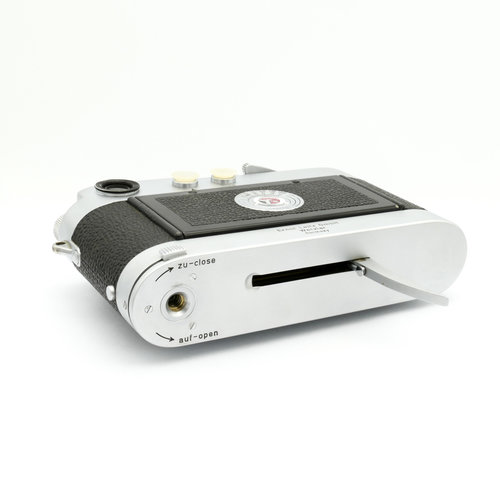 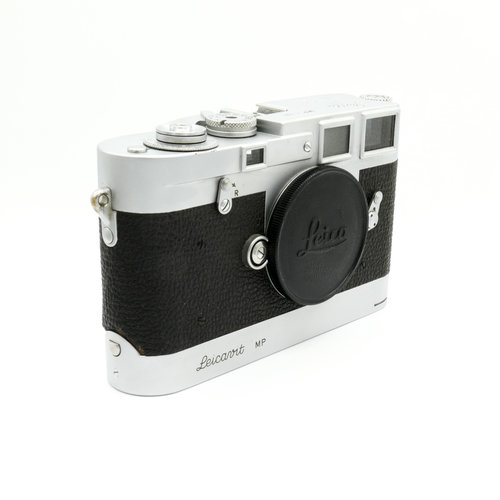 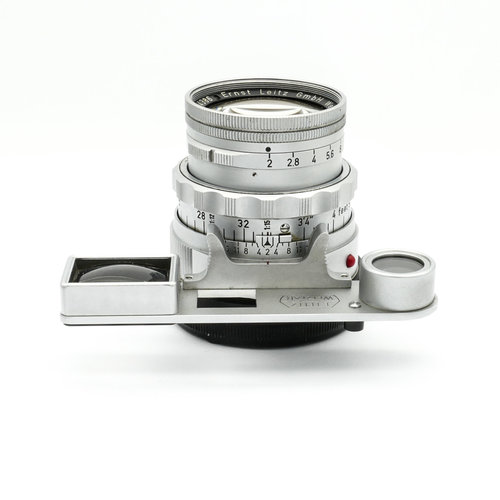 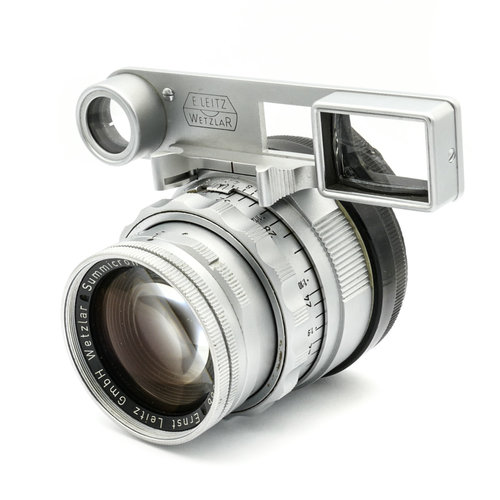 Ordered before 16:00, delivered tomorrow.
You still have 00:00:00 hours to complete your order.
Product description
Description

This example owned from new by a published professional photographer. It retains the original 'double-stroke' film advance feature is in original un-converted condition.

This example comes with

The MP had a relatively short production period, 1956-57, with a total production run of just 311 chrome versions

The MP is very similar to the M3, but with a few differences. There is no depth of field notches in the viewfinder nor delayed action facility. The camera features an external frame counter, similar to those fitted to M2 bodies.

Film advance levels were originally 'double-stroke' as with the M3, although many were converted to 'single-stroke'. The camera's were supplied with a 'Leicavit' rapid wind film base

The last example of this camera that we know of for sale was in the 35th Leitz Photographica Auction in November 2019, lot 102. The camera offered here at Leica Store Manchester differs slightly as above; the majority of examples have been converted from their original double stroke advance configuration to a single stroke by Leica.

This is a unique chance to own an excellent, unrestored example with one owner from original manufacture.

Close
0 stars based on 0 reviews
0 Reviews
All reviews
Add your reviewAdd your review
Reviews
Close
No reviews found...
Compare products
0
Start comparison
Please accept cookies to help us improve this website Is this OK? YesNoMore on cookies »